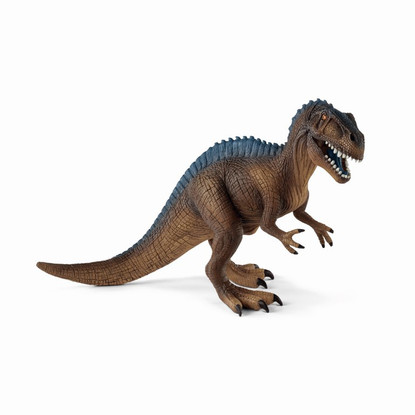 The Acrocanthosaurus was around the same size and weight as the Tyrannosaurus Rex and Giganotosaurus.
Unlike many other dinosaurs, it had seven openings in its skull rather than five. It also had lots of neural spines on its neck, back and tail, which probably formed a small “sail”.
Size: 23 x 10 x 13.5 cm (Approx)
Released 2017