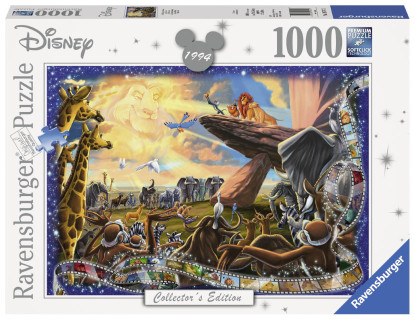 Disney films are a fond memory from everybody's childhood and now with this wonderful collection of puzzles you can reminisce on some of your favourites.

Originally released in 1994, with original songs written by Elton John, is the highest-grossing traditionally animated film of all time.

It tells  the story of Simba from when he was a young lion until her reclaimed the throne of the Lion King.

The movie received four Golden Globe and Academy Award nominations and can now be brought to life in your home with our 1000pc puzzle.