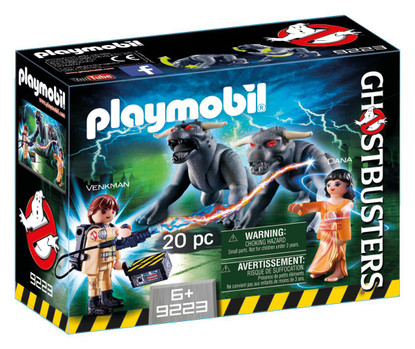 Watch as Ghostbuster Venkman uses his witty remarks to take on the Terror Dogs.

These goulish creatures have escaped from another world, forcing Venkman to use his super pack to defeat the glaring red-eyed beasts and release Dana Barrett.