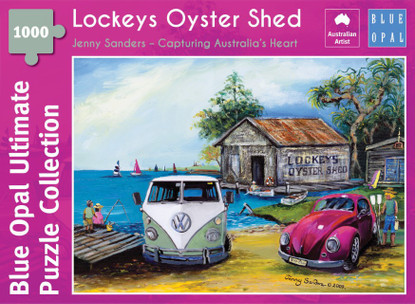 Jenny Sanders is an outgoing Australian artist with a breath of fresh air from the Blue Mountains, west of Sydney.

Jenny's love affair with the Holden car goes back to her first car as a teenager which was a two-toned FB sedan purchased by her dad for her 18th birthday. Next was an EH station wagon which she used to tow her horse and then a white Kingswood which would never say die.

The Holden – an Australian Icon collection has been received with acclaim from Holden fans all over the country.

This beautiful Deluxe puzzle is from our Jenny Sanders Collection.