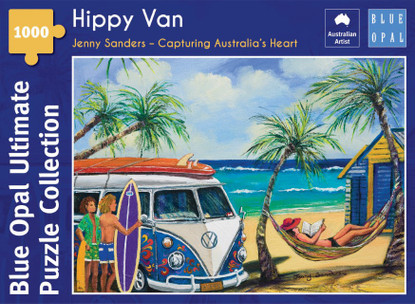 Jenny's love affair with the Holden car goes back to her first car as a teenager which was a two-toned FB sedan purchased by her dad for her 18th birthday.  Next was her EH station wagon with which she used to tow her horse around, then a white Kingswood which would never say die, and went around Australia twice for someone else after Jenny thought it was due for retirement.

Jenny has been an artist all her life but only began painting cars in 2005 after attending an automotive display day in NSW. The cars Jenny paints belong to people that she has met in various car clubs and during her travels around country shows.

This Deluxe Jigsaw with design by Jenny Sanders has 1000 pieces.